What Heaven is Saying Today 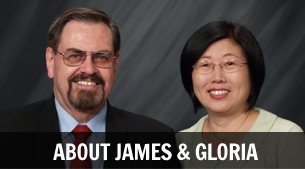 Pastor James Durham was a military chaplain in the U.S. for 30 years. After serving almost 30 years as an active duty army Chaplain, Pastor James Durham retired at the rank of Colonel. Before and after his military service, he was a pastor and church planter for more than thirteen years. In 2010, James and his wife, Gloria, moved to Columbia, South Carolina. He has been ministering (Higher Calling Ministry) to the Body and publishing books and he traveled extensively with his wife including regular visits to South Korea.

This morning the Lord showed me something I didn’t really want to see. I saw an enemy rocket or missile coming directly at us and it was not very far away. I tried to move out of its path, but everywhere I moved it was still coming directly at me. I tried to look in other directions, but I could see it coming no matter which I turned. I understood this to mean that enemy attacks are inevitable. I debated about sending this out because some people easily get into fear and I was certain that this was not the response the Lord was looking for in us (2 Timothy 1:7, “For God has not given us a spirit of fear, but of power and of love and of a sound mind.”). I asked about this and continued to see it. I understood this to means that the message is for sharing.

Then the vision shifted. I was looking up into a night sky. Giant searchlights were panning back and forth through the cloudy night. This vision was in black and white. It reminded me of World War II films about cities and nations searching the skies for incoming enemy attacks. I was immediately reminded of the Lord’s commands for us to keep watch at all times. The thing which really struck me about this was the idea of a “world war” looming over us. This is the current threat. With rising movements of anti-Semitism in many nations, with well-funded terrorist armies advancing on several nations, with threats of these armies taking the entire earth to establish a one world religion, and with people trying to ignore the signs of the times it seems as if we are back in the 1930s getting ready for another “war to end all wars.”

My experience this morning was that it was futile to try to ignore the threat. It was impossible to just turn away and hope it would not happen. The nations are moving closer and closer to the brink of destruction. What can we do? I suddenly remembered something Jesus said in Luke 21:25-28, “And there will be signs in the sun, in the moon, and in the stars; and on the earth distress of nations, with perplexity, the sea and the waves roaring; men’s hearts failing them from fear and the expectation of those things which are coming on the earth, for the powers of the heavens will be shaken. Then they will see the Son of Man coming in a cloud with power and great glory. Now when these things begin to happen, look up and lift up your heads, because your redemption draws near.”

We do not look up in fear! We look up in faith to see that our “redemption draws near.” All of these things are happening and intensifying in the middle of the current tetrad of blood moons sandwiched around a solar eclipse. In addition, spectacular meteor showers are being displayed in the skies above. Jesus said that there would be signs in the sun, the moon and the stars. He said the earth would experience distress in all the nations. I looked at the schedule for these signs again: The second blood moon will be on the night of the beginning of Sukkot, October 8, 2014. There will be a solar eclipse on March 20, 2015. The third blood moon will be on Passover, April 4, 2015, and the final will be on Sukkot, September 28, 2015. I felt a calling to be particularly vigilant in intercession during these times and season.

In my Bible study this morning, my yearly plan covered the book of Numbers, Chapters 28 and 29. The Lord’s instructions for His  appointed times are listed in detail in these scriptures. One of the things which really stood out for me this morning was the repetition of the phrase “to make atonement.” The Hebrew word translated as “atonement” is more correctly translated “covering.” The Lord is doing everything possible now to put a covering over our sin so that we can tabernacle with Him forever. I felt this promise so strongly this morning before the Lord gave me these visions. I believe this is the Lord’s word for you today. Love Him and obey Him so that He can put the covering of Yeshua’s blood over everything which causes separation from Him and His awesome love and grace.

It is a good day to look up with expectation because our redemption draws near! Can you feel it? I was led by the Spirit back to 2 Timothy 1:8-12 to see the proper response to what is happening: “Therefore do not be ashamed of the testimony of our Lord, nor of me His prisoner, but share with me in the sufferings for the gospel according to the power of God, who has saved us and called us with a holy calling, not according to our works, but according to His own purpose and grace which was given to us in Christ Jesus before time began, but has now been revealed by the appearing of our Savior Jesus Christ, who has abolished death and brought life and immortality to light through the gospel, to which I was appointed a preacher, an apostle, and a teacher of the Gentiles. For this reason I also suffer these things; nevertheless I am not ashamed, for I know whom I have believed and am persuaded that He is able to keep what I have committed to Him until that Day.”

Remember how we overcome all these things: Revelation 12:10-12, “Then I heard a loud voice saying in heaven, “Now salvation, and strength, and the kingdom of our God, and the power of His Christ have come, for the accuser of our brethren, who accused them before our God day and night, has been cast down. And they overcame him by the blood of the Lamb and by the word of their testimony, and they did not love their lives to the death. Therefore rejoice, O heavens, and you who dwell in them! Woe to the inhabitants of the earth and the sea! For the devil has come down to you, having great wrath, because he knows that he has a short time.” We have the blood of Jesus and we have the word of our testimony. May we use these powerful weapons of spiritual warfare today and always! Amen and Amen!!!