CALIFORNIA has been struck by a 5.0 magnitude earthquake which hit the US just northwest of Ridgecrest.

California has been rocked by a powerful earthquake which struck on Thursday afternoon, believed to hit around 15 miles from Ridgecrest. The 5.0 magnitude quake struck at around 1.49pm local time, (21:49 GMT) with tremors felt miles away. The strong earthquake is believed to have been felt as far away as downtown Las Vegas.

According to the Los Angeles Times, an average of five earthquakes of this magnitude occur in California and Nevada every year.

In the last 10 days, there has been 17 earthquakes of magnitude 3.0 or higher.

This recent quake occurred at a depth of 1.5 miles.

The US Geological Survey believe this was an aftershocks to the tremors that hit in July. 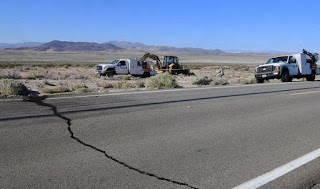 A crack in Highway 178 after a previous earthquake in Ridgecrest (Image: GETTY) 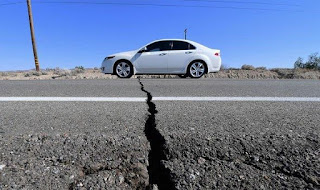 The Earthquake is believed to be an aftershock of last month's tremors (Image: GETTY)

A 5.0 magnitude earthquake is considered moderate.

This can cause damage to poorly constructed buildings and is felt by everyone in the vicinity. 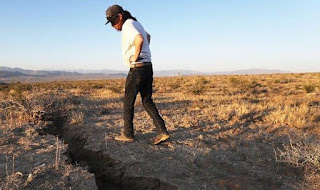 Damage is inspected after the 6.4 magnitude earthquake (Image: GETTY)

The first was thus considered strong which can cause moderate damage in populated areas and can be felt in wide areas far from the centre, but structures built to be earthquake resistant escape with usually only slight damage.

The most recent however was classed as major.

Most buildings will receive damage with some structures collapsing. 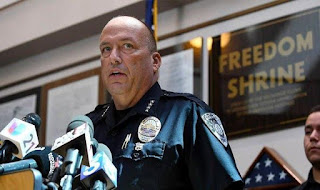 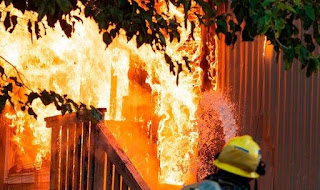 Firefighters tackle a blaze after the July earthquakes (Image: GETTY)

There was one reported death and 25 injuries from the July earthquakes.

From the recent earthquake, there are no immediate reports of damage or casualties.

However, many people have reported feeling the effects of the hit. 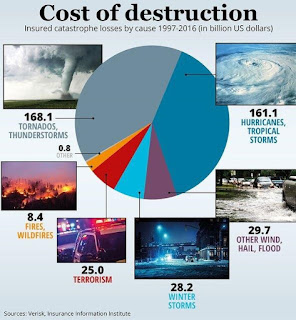 The cost of destruction in the United States (Image: EXPRESS)

The largest earthquake in US history was the 1964 Alaska earthquake and tsunami, which was of 9.2 magnitude and resulted in a 220ft tsunami and 131 deaths.

Alaska saw the most powerful earthquake in the US in the 21st Century with the 7.9 magnitude 2002 Denali earthquake.

Due to this hitting a remote location, there was only one injury. 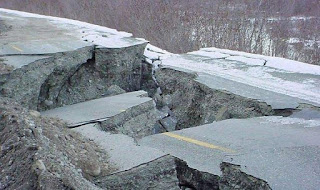 The 1906 San Francisco earthquake had a magnitude of 7.9 magnitude.

Some sources estimate 3000 people died as a result of the earthquake.

It is thus the greatest loss of life from a natural disaster in Californian history and is believed to be the deadliest earthquake in American history.