The following was seen at night of April 12 2013.
What was really interesting was that the Holy Spirit said, “Let’s see the circumstances in the Middle East.” I was whining and doubtful that, “what does that do with me?” Then the vision started.

The fierce image of Zhang Fei who was goggle-eyed implied China. A Japanese Kabuki (with white pigment on her face, no expression) took a slingshot on hand with the loosen rubber band. The slingshot turned to the territory of China on and off, and she said “Aim and fire.” Zhang Fei stared at the Kabuki angrily, with his saber behind. The saber was vibrating under the sunshine. It was scary.

On the top left is a fatty man with black Korean clothing and a black hat, sitting on a rock surrounded by water. He was painting the nuclear bomb of armed force on a white paper. Faraway on the left bottom of Zhang Fei, one warship which signified India sailed from Indian Ocean to the sea territory here. Its target was directly to South China Sea. From the farther place in Atlantic Ocean, flew a big eagle with black feather on its head, an olive twig in its beak, and a concealed weapon on its feet.

Impression: The circumstances in East Asia are getting nervous. The expanding military power of China makes her be able to rage randomly and to frighten her neighbors with her armed force. Japan is inconsistent on the outer appearance and the inner reality. She doesn’t want to concede, however, provokes her neighbors with limited strength.

North Korea is developing its nuclear weapon on armaments and never gives up. The country is undergoing famine (Before, it is surrounded with water) and other dilemmas, which are not going to change the fact that she wants to be admitted in the world with her nukes.

USA comes from the Atlantic Ocean and pretends to conciliate with peace, in reality, she is playing her hands surreptitiously. She is happy to see battles happen.

The second vision: So many places were flooded. The heavy rain corroded the surface and resulted in flood which besieged houses. The water flowed into the houses. The disasters happened in countries in Europe. Small animals were swimming on the streets.


On May 10 2013,
I saw the vision in the morning that a white navy vessel was sailing on the regional sea. One submarine under that vessel launched artillery and hit one vessel across the sea. The armed conflict exploded officially.


In the early morning of June 2nd 2013,
A vision was seen in the morning. When I was praying, suddenly I felt the house shake vertically. I thought it was exactly the place I live. After few seconds, I discerned that it was just the vision showing. The 3D map that centered the Pacific Ocean showed up in the air. The vertical movement (it’s shaking. I saw the image that the fault rocks were colliding vertically) happened on the western coast of Pacific Ocean. The earthquakes occurred in the places whose names start with C and M. The earthquakes accompanied with tsunami. Hill-heighted waves ran into the places start with L, S and C. I could understand California would be in disaster, so would Los Angeles. 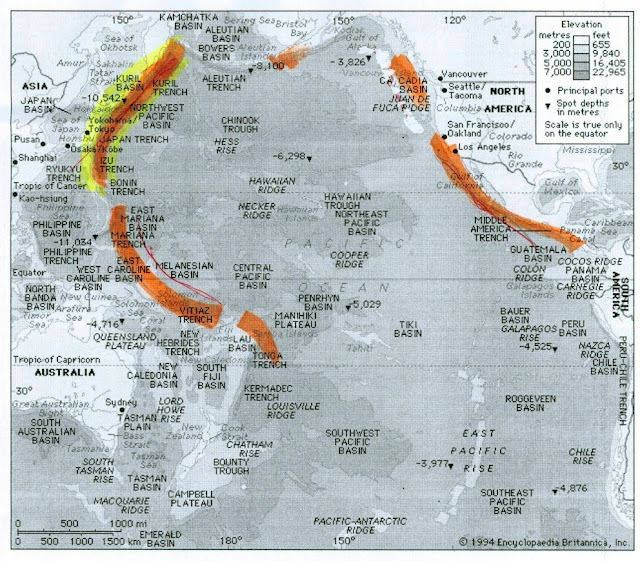 Impression: It is pretty clear that the natural catastrophe will take place in the areas highlighted with orange on the map. Earthquake and tsunami are major ones. The frequency and the magnitude of earthquakes will increase in the places near the territories of Russia and Sea of Japan, which are highlighted with the color of light yellow. (Frequency and magnitude are both greater than those before.) When I was praying, I received the vision that volcanoes will be unveiled in the places above, and the lava activity overflowed the sea level and valleys.

The prophecies came true
THE FIRE OF RING 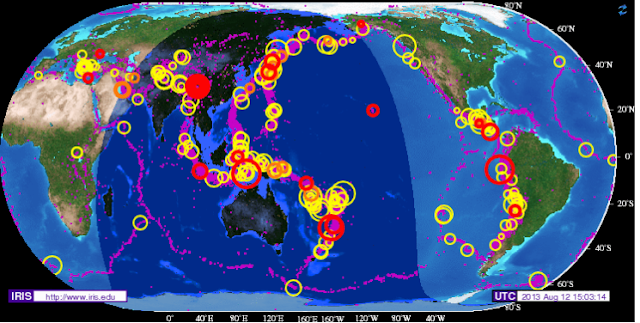 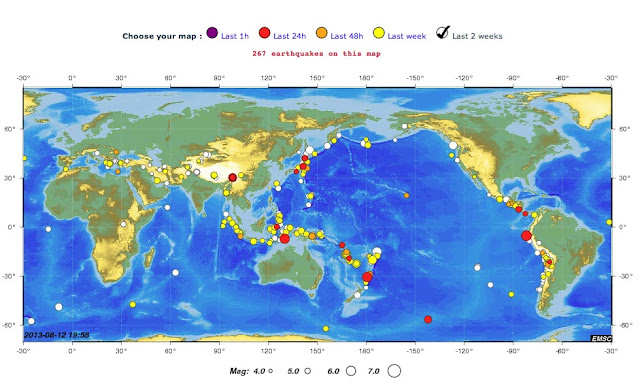