1) On November 11 2010, when I was praying in the early morning,
One Vision showed. An angel, who wore a grey-black robe which also looks like a windbreaker, was walking on the dry chapped land. The places he and his robe passed through withered the bushes. The prosperity was declining. So was the city, with no plants, and the fresh air was dry and heavy. There’s a voice saying, “He’s the angel that brings drought. Next year and later, while there’re droughts in every nation, the storms will result in disaster. Caution: The nations that passes through the Latitude 23.5° will have the droughts. Inflation and food deficiency that cause price rising will happen.

On December 10 2010, when I was praying in the early morning,
One vision showed. A horse pulled a horsecar, coming from the south. Behind it was a flood. The horsecar approached the north, followed with the flood. There’s a voice saying, “Flood comes, and then drought shows.”

The nations between them roughly are Gabon, the Congo, Rwanda, Uganda, Kenya, Somalia, Indonesia, Nauru, Kiribati; Ecuador, Colombia and Brazil.


One of the reasons that induces the food deficiency and the inflation is because of the flood and the drought. We will run into the days that are written in the Revelation. Revelation chapter 6 verse 6, “Then I heard what sounded like a voice among the four living creatures, saying, “Two pounds of wheat for a day’s wages, and six pounds of barley for a day’s wages, and do not damage the oil and the wine!” The money will depreciate. People in many nations can just buy merely food and necessities with all their wages. They don’t have extra money to afford other things. However, other people can waste the oil and the wine in luxury. 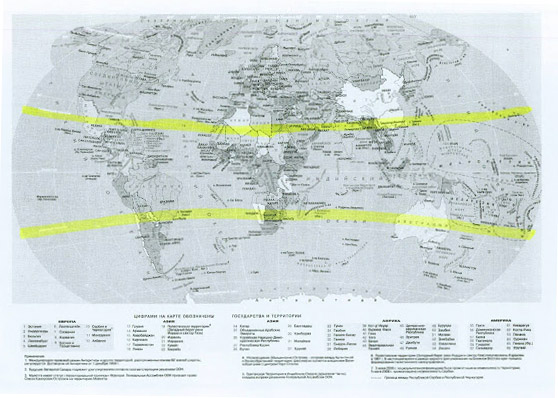 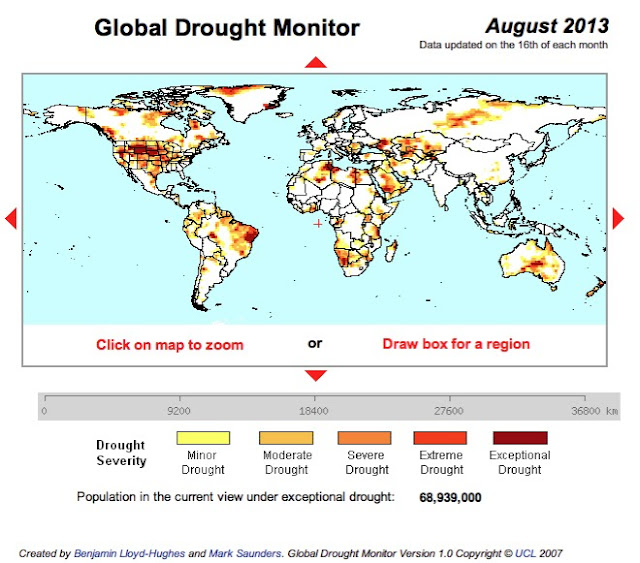 Recently my friend who owns a preparedness and survival food company was contacted by FEMA and the questions might scare you.
http://intellihub.com/2013/08/03/war-likely-imminent-survival-food-company-urgently-contacted-by-fema/

Edward Snowden: Solar-Flare ‘Killshot’ Cataclysm Imminent
“Now [Edward Snowden] has provided The Internet Chronicle with top-secret Federal Emergency Management Agency (FEMA) documents outlining just how terrible the solar flares’ results will be. In just two months, “the killshot” is set to disable all electronic food and water delivery systems.” Except that Edward Snowden may not have even said this. So what’s going on here?


2) On June 24 2013, when I was praying,
One vision showed. The map of the South America revealed. The location was a suburb. (Some houses were built on the slopes with 2, 3 or 4 stories. They had colors with white or red. No high buildings were there. Dirt in the ground was close to red.) The quake center was there. People were scared and running. The dirt was billowing in the sky. Impression: Brazil earthquake.

Impression: Brazil will have earthquake and the quake center will happen on the place that has constructions.

3) On June 24 2013, when I was praying,
One vision showed. One house faraway was drowned half under the water. Several men with dark skin (South American people) supported a big plank with their hands, wallowing in the water. There’s an elder on a plank (which is made by several woods and unstable.) It’s pretty difficult to walk in the water.

Impression: Heavy rains, floods and storms will again strike the nations on which Mt. Andes locates.

4) Someday in July 2011, the Lord gave OMEGA MINISTRY a Scripture. (which is given to the army of Joel that is veiled at the end time.) On June 27 2013, the Lord reminded us that “And afterward, I will pour out my Spirit on all people.
Your sons and daughters will prophesy,
your old men will dream dreams,
your young men will see visions.” (Joel 2:28)

“Blow the trumpet in Zion;
sound the alarm on my holy hill. Let all who live in the land tremble,
for the day of the LORD is coming.
It is close at hand. (Joel 2:1)

You are the army of Joel, the army of the Almighty. God will train you during the night and the Holy Spirit will guide you in the day. You can be able to listen to the clear teaching from the Lord, because the anointing is inside you to lead you. You will never say “I’m blind. I’m deaf. I’m unable…...” The Lord will move and wake you up, and guide you in the dream and lead you with the vision and strengthen you with the words of God. 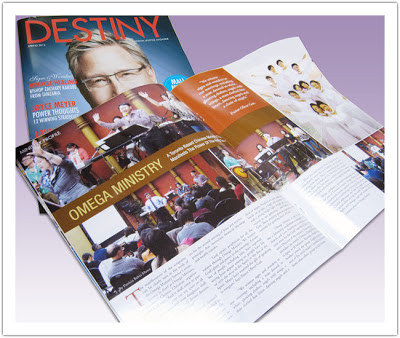 (The Lord was sitting at the table, writing “WIN” in Chinese character with a brush. “WIN” is written for the enemy who sit against us. The enemy didn’t need to read it upside down. For the enemy, the character is upright viewed from the opposite side. The Lord spoke to the enemy, “That’s exactly what OMEGA writes.” This is the dream of one sister in our ministry on June.)

Your hearts are filled with the passion toward Jesus and the power of Holy Spirit. The response to the love of Jesus Christ can defeat anything from the enemy. Arise! Run! The army of Joel! The Lord will propel you into the whole new season.