The Vision of the End of the World 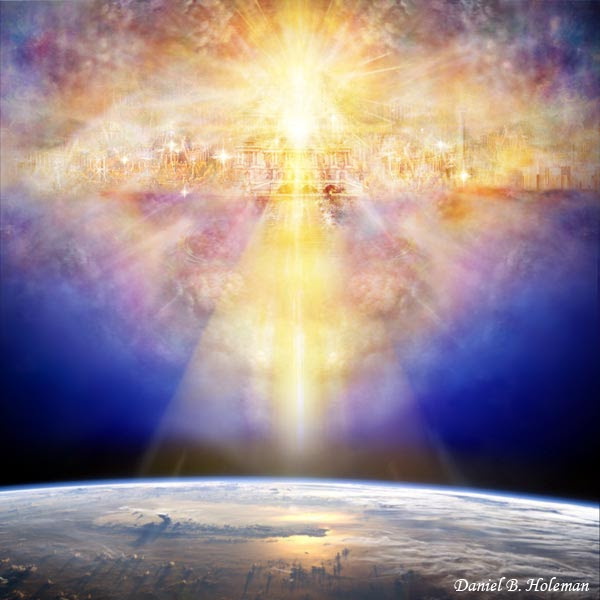 Two days in the early morning of March 13 and 14, I had the same dream on the night of 14th with the one on last night. This was what I’ve dreamed:

As usual, in the world, people ate and drank, workers worked, students learnt, some enjoyed their lives, some had wedding banquets, and there were also the crime scenes everywhere and wars in some countries. People were busy doing their own things. Everything was the same as usual.

A spectacular light appeared in front of me abruptly, and the brightness of the light was quite extraordinary like the color of incandescent bulb. If you had a look at it, it is like the sun showed up closely behind you. Therefore I called it a giant unusual light. This light was covered by a black dense fog which was coming this way quickly, and dust and haze were floating everywhere. I saw one familiar brother who was an elder of a church running in a panic. And his wife screamed “What’s going on!? What’s that!?” I fought out that his wife was also terrified. I saw myself seem to have already known what is happening and what is to come, so when I saw the situation, I turned around and spoke to the world “The angel of massacre is coming!”

Then the Holy Spirit revealed something in the spirit world, and I saw the angel of massacre who is grey colored with a saber on his hand. He swooped from the heaven and a robe like a shadow was put on by him. There was not any life surviving in the places where the robe swept through. At the time, there’s a voice yelling, “The firstborns must be left over, others must be destroyed.” I knew right away in the dream that the firstborns meant the believers.

Afterward the whole world was shaking and moving in a clutter. It was like that someone was drunk. I saw stones with fire dropping on several places, and I recognized that they were meteorites with a long fire tail falling from the heaven. Everybody was trying to run and hide. In the dream, the Holy Spirit directed sons of God to hide in some places which God designated. I saw those places were deep and dark, besides the door and the gap, which were pervious to light, were covered by sheepskin and were smeared with sheep blood. It was special that the sheep blood that is smeared on each room should be connected with each other.

In the meanwhile, I saw some doors were open in the world and I saw somewhere in the distant that there were brothers and sisters of some churches standing on some big stones. The shapes of the stones were the same, and they were cut flat and smooth on their tops. Some brothers and sisters were wearing light blue robes, some wearing white robes, and others wearing no robes. The whole place was dark but the sky was lightened like stars. Most people raised their heads to see. Afterward, while a strong gust wind blew through, the angel’s robe fluttered. After that, only ten something people who wore robes and stood on one of big stones were still alive. Who on earth were those leaders among the people? I was able to see their names and appearances.

In the above scene, I felt my body trembling and shivering. I felt that I saw Almighty God, and I also felt a fright that my soul would be vanished. There were more than a hundred people standing on a big stone, I thought 70 to 80 of them could be spared, however when the angel’s robe fluttered, only ten something of them were left alive. I’d ever seen these people, and I knew some of them. The angel rushed to me. I could feel in my mind that he was a forerunner. All of the sudden, I recalled all the deficiency in my life and I was able to see all the sins I’d ever committed one by one in front of my eyes vividly. I thought I was really a sinner and I was afraid the angel would kill me, too. However God was so merciful to me that the angel came to me and passed by, and then I was left alive. That was one of scenes about the end of the world.

Next, the Holy Spirit pushed me urgently to take the remnant people who stood on the stones to the secret place to hide. He said that’s because there will be a greater angel of massacre to come. Therefore I took them to a spacious place, which is very unique that there seemed to have some wisdom on its door, which has names, figures, codes and images. It’s like the knowledge which turned into waterfall, cascading down and recycling. The door was able to recognize who is qualified to enter. When the right person came, the door would open. The door can spin laterally to open and can also spin vertically to open, and close. Inside the room, it’s in a dark, and I thought it’s such a deep cave and like an underground. On the wall of the room, there were written languages, figures, codes and images of different countries cascading like waterfall. We were able to listen to in the dark the sound outside. So many people were yelling, crying, weeping, and screaming. It could be realized that it’s because they lost their brothers, kids, and relatives. However I saw various cell groups surrounding a light to read the bible and pray.

After the hustle and bustle of the world came the tranquility. It was so quiet that the voice of air and the friction of air can be heard. After a period of time, the door finally opened, and we walked outside to see the magnificent scene of light, which made us soar and run. I thought there would be few people left, maybe less than one third.

Meanwhile, to our right side was an arched door like a pearl which was pulled to open. You could feel that the whole sky was pushed aside. I saw there were wheels on the door rotating, and the wheels moved so fast, on and on, and then the world was moved away, thus another world turn up. The sky was very low and was like before my eyes. The cloud and the sky were reachable by hand. I saw many remnant people of God (I called them people of God) walking within the new world. Thank the Lord there were still many people left alive. They saw the familiar brothers and sisters in the distant and felt joyful. They clasped each other in their arms. There were also animals, however their characters were changed. They were not frightened to be with human. I saw the light of rainbow whirling with peace nearby, and the dream ended.
Posted by Omega Ministry Service Centre at 02:48