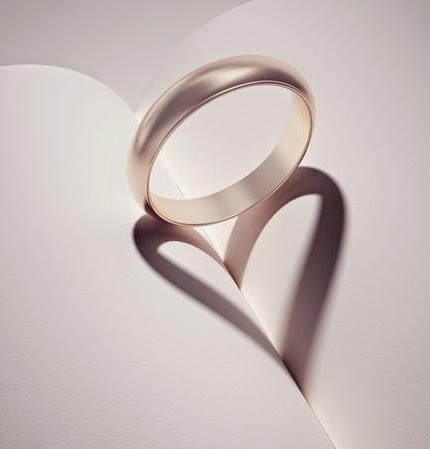 It’s really the leading of the Lord that I can personally join in Omega Ministry. I was originally in an evangelical church which is so conventional. The teachings about listening to God’s voice, the Holy Spirit, the work of the Holy Spirit, dreams and visions are so rare in that church. Yet I sometimes have dreams which are quite unusual. These dreams seem to remind me something, but I can’t understand them. Especially I used to frequently dream about a couple who goes to my church, yet I can’t understand what it means.

After I meet the brothers and sisters of Omega Ministry, they share with me so much that my heart is deeply attracted by the Holy Spirit and the works He has done in this generation. I asked EC some doubts and my dreams. She then taught me some spiritual knowledge about that and said God may want me to help the couple. And EC told me to pray for proof. Because of some objective reality, I didn’t keep that in mind. Later, I’ve continued dreaming about them for more than two years. Furthermore, God also has me dream about other couples.

I finally understand God’s will through the following dream:
I dreamed about learning in a college. As I was about to be graduated, unexpectedly the internship course which is to take care of little animals was required by the school for graduation. In the office of the school, I saw kitties in this cage, puppies in that cage and mouse in another cage. It made me angry that I had to not only take care of them but also buy them with a large amount of money. In the dream, I was so agitated because I didn’t want to have such internship which is so bothersome. But when I saw those lovely little animals, I relented a little bit. Yet I was still stubborn. After I dreamed, I was still reserved in speech and didn’t take any further action. Afterwards, I realized that God wants me to understand His will more deeply so that in the following days He puts more people and things of the church in my dreams.

Later, I talked with JC (The witness of JC, No. 1), and she said God also gives her a dream to testify that the cell group will be formed, and she also taught me to pray to respond to God. I really did what she told me. But as I prayed, I “bargained” with God. I asked God to make me have the house He promised me in the dream and to soften my husband’s heart. I’d always used the small house and the unbeliever husband as excuses to delay taking action on the cell group. Instead, I was keen to find the house where Jesus opened the door for me in the dream. Besides, I said some flattering words that I do so for the Lord’s sake. (Because of God’s mercy, my sister and her husband quickly moved in to live with us.)

It was pretty unsmooth to look for the house. I had several disputes with my husband. Accordingly, I put finding house on one side and sought more God’s will. When EC was praying, God gave her three words about the cell group that I have to not only obey in my heart but also do something. (I repeatedly insisted that my husband won’t agree with me.) EC then said, “If that’s the work of God, no one can oppose. The mind of Pharaoh can be easily changed at the time, why not your husband’s?” On the second night, I was courageous to ask my husband if the house can be open. Surprisingly, he acceded with alacrity. Thank the Lord so much!

But I was not quite sure that God will make whom join in the cell group and what should I do? And on the next day, which is the morning on Saturday, as I was praying for the relationship of a couple, an idea suddenly came in my mind: it’s a bible study cell group for couples. Immediately I realized why those brothers and sisters God put in my dreams are in the form of couples. Two days later, when I wanted to name the cell group, God always put a vocabulary “Covenant” in my heart, and that is the name of a hymn I like most. Henceforth Covenant Cell Group has been formed!


The witness of JC

1) The dream JC ever had on January 8, 2014:
The shared toilet in my house in Toronto has been expanded (Markham Pure Heart Cell Group will be expanded.) My parents (which signify Heavenly Father and the Holy Spirit) redecorated the toilet with a modern and unfixed washbasin (a vessel called by the Lord) which is leopard pattern (this vessel is not obedient.) It was on the ground at first, and then I took it to the counter top (I point out this thing) and cleaned it up. There’s a stool which is yet to be installed put on one side (the cell group is still preparing.) A small pool of water was coming out of me, and there were a variety of big fish, small fish, and saltwater fish which are so gorgeous in the water. Mom said perhaps you ate the fish roe when eating the fish and then a group of fish was hatched out. I was so excited to have everyone see it. I picked the largest of the fish and put it into a separate tank (the cell group will be big enough to have a division.) I then put some of them into my tank……

2) JC had a dream about Covenant on April 27, 2014 to prove Covenant Cell Group:
I was pregnant in the dream. I saw a big egg which has two chicks inside (a cell group for couples) ready to break out of shell. While they were coming out, I right away held them with care to make them feel the warmth of mother’s love. Many people were also there to watch them. Chicks were jumping around and some persons were taking care of them.

I really thank God for her. Again, I saw the work of God on the feeble person. He is so true and living. The time I met the sister, she was unable to accept that God can communicate with human beings. She thought that it’s offensive and far-fetched to say God desires to talk about His will to human beings.

Later, she told me that she was basically a Christian neither cold nor hot. Even though she has believed in Jesus for a long while and has usually joined in church activities, however she is not willing to serve others and regards it as an annoying thing. She just wants to live her own life. It was not until she was stirred up and willing to be led by the Holy Spirit one day that God intervenes her life through dreams. Therefore she started to learn, practice and prove it so that she can feel assured of that. The Holy Spirit ignites the spark of love, “Take me away with you—let us hurry!” Again and again, she has found that her Lord is true and living.

“No; He can only give it, and we can only enjoy it, as He works it Himself directly and unceasingly. And the only reason that He does not work it more effectually and continuously is, that we do not let Him. We hinder Him either by our indifference or by our self-effort, so that He cannot do what He would. What He asks of us, in the way of surrender, and obedience, and desire, and trust, is all comprised in this one word: waiting on Him, waiting for His salvation. It combines the deep sense of our entire helplessness of ourselves to work what is divinely good, and the perfect assurance that our God will work it all in His divine power. ”
(Extracted from Waiting on God by Murray, Andrew)

God has waited and endured her personal growth with His great love. As she said in her testimony, the Lord has spent almost two years waiting for awakening in her spirit, so that God can show her the blessings He wants to give her and her destiny, and has her accept the duty willingly. Thank and praise the Lord!
Posted by Omega Ministry Service Centre at 16:00