Before I headed for California, I had had dreams about California since November 2015. It was very clear to me that God would send me to California. In fact, in the dream dated June 29, 2016, it was revealed that the time for heading for the United States would be after a major pollution of a water source had broken out in the United States. (It was the incident of lead poisoning and metal pollutant found in city pipes.)

The host who received me was living in a house in a suburb or a town. In front of the house were two trees, one blooming flowers in rose pink, the other in white, just as the spring transitioned into the summer. It did turn out that way.

Indeed, in early May 2018, eight of us went to Sunnyvale (next to Silicon Valley) to hold a three-day conference in the School of Prophet Elijah, which was a facility for training up prophets. Before we departed, God’s will remained the same: the theme was still Rule All the Nations with a Rod of Iron – the Feast of the Overcomers. Our Rod of Iron rear was all set to support the front to go into San Francisco, Oakland, Sunnyvale, Silicon Valley, Los Angeles and other cities. The route started from the north California Coastline, passed through East Bay in central California, and then headed south to Los Angeles in southern California.

From the perspective of the overall spiritual map, northern, central, and southern California were dark powers in the form two salamanders dormant for 160 million years. (Salamanders have flat and long bodies, short limbs, with four toes on the front legs and five on the rear, and webbed feet. They have short tails curved to the side. As amphibians, they breathe with gills in the water, and with lungs and skin when on the ground. Their skin discharges mucus and does not have scales. They prey on fish and crustacean at night. Due to their poor vision, they have to rely on their heads and bodies to detect changes in water pressure to hunt their prey.) 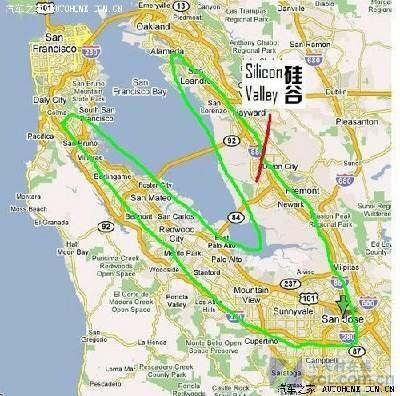 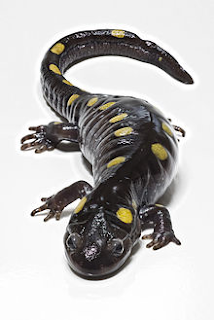 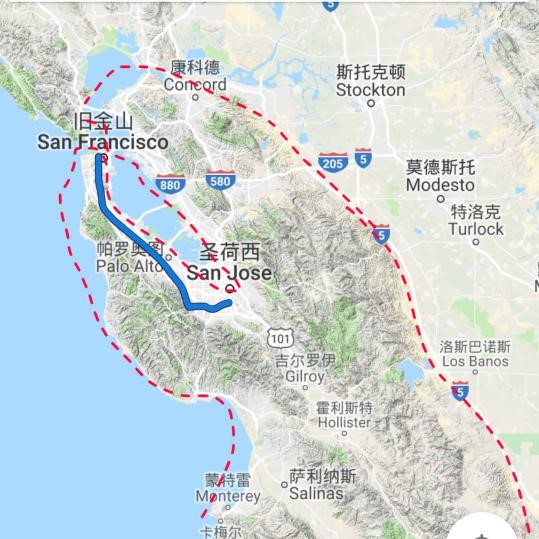 Before the trip to California, the Holy Spirit reminded me in one of the all-night prayers that the most important objective of this trip was to work with God to bring down judgment and shaking. I did not quite understand it. I asked the Holy Spirit to explain to me the difference between judgment and release of blessings.

I did not receive an explanation. Perhaps there would always be things that could not be explained. Nonetheless, one still had to submit to God’s will at all costs. This will of God that I had received was very heavy. With the support from the Ministry’s Rod of Iron army, on May 1, 2018, the Rod of Iron army began its first round of assault on specific targets in San Francisco. Seven days later, shaking happened, which was a sign predetermined by God. A 4.5-magnitude earthquake happened in the San Francisco Bay Area on May 8. What was different with the previous spiritual battles was that there was no rain or downpour in three days, but rather there was an earthquake after seven days.

On May 8, our infantry officially set foot onto San Francisco. We split into teams to deal with the earthly and spiritual realms on the ground, in the air, and undersea in Oakland and also the San Francisco – Oakland Bay Bridge. Next, we went through the Golden Gate Bridge, San Francisco International Airport, Highway 101, and Interstate 880. We also dealt with the dark powers in Sunnyvale, Silicon Valley, and the San Francisco coastal area en route.
On May 9, we carried out the second round of full assault on Oakland, San Francisco, Silicon Valley and Sunnyvale. From the perspective of the spiritual map, Sunnyvale was a monster, and being next to it, Silicon Valley was a crocodile with its head pointed toward the bay. Coincidentally, the conference was held in the centre of Sunnyvale. We began our spiritual battles with the dark powers surrounding Sunnyvale, including the Apple headquarters near the boundary of Sunnyvale, NASA Ames Research Center, SLAC National Accelerator Laboratory, Winchester Mystery House, and also the Freemason altar in the University of California. The battles were so fierce that dreams happened in the night. 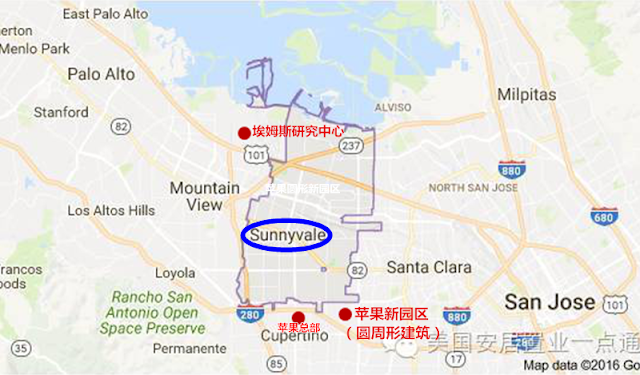 I was staying in a hotel on May 9. Not more than 20 minutes after I fell asleep, I vaguely saw a group of evil spirits without hair and with huge, seamless, shiny, and spherical brains. They squeezed and knelt beside my bed and on the floor. I heard extremely heavy and grieved wails and crying. I also heard them talking, but I could not made out the words due to the loud wails. I really did not want to deal with them because I was exhausted. I just wanted to fall into a deep sleep.

And yet I knew that these evil spirits were not unclean spirits, and also not the devils mentioned in Ephesians 6, but rather fallen angels. These spiritual entities disturbed me at my bed, but I really did not want to deal with them. The wails became even louder. Only then did I notice that the leaders among them had golden crowns on their heads and black capes representing certain military or nobility ranks. Finally, I heard a female voice that was louder than the wails, and I was able to hear what she said.


She was begging as she cried, “I beg you, please let us go! Please do not annihilate our tribe, leave us remnants.” I really did not want to deal with them. I thought I could get away from them by turning over and just falling asleep. Unexpectedly, some evil spirits among them began to touch and push my feet with their hands, probably because I did not respond to them. Even so, I still did not want to deal with them. Another evil spirit climbed to the bedside and pushed my shoulder. Finally, an evil spirit, probably female, carefully climbed onto my bed and pushed my waist with her hand. Now I really was angry, and I began to pray in tongues in my dream to send them away. I was thinking how dare they pushed my waist and touched me as I slept.

I knew that I could simply destroy them with tongues. Being half-conscious, I was speaking in tongues in the spirit. After a while, I woke up my own spirit. Suddenly, I sat up, and said to Cuicui who was also in my room, “Get up quickly, a female spirit has climbed onto my bed. Get up and cleanse.”


Poor Cuicui was startled. We got up and began to anoint and pray for the room. It was a very interesting little episode. At least I knew from the dream that today’s assault in California was a huge success. We confronted and dismantled an important army, essentially wiping out the entire tribe. 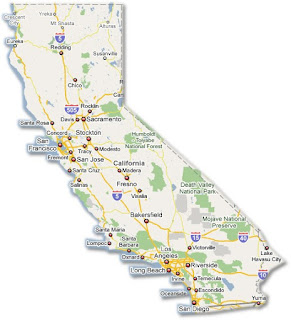 I knew that God wanted to accomplish more than such a small scale earthquake. In less than a week after I returned from California, as I was praying in an evening, the Holy Spirit was speaking to me in a dream, repeatedly talking about the same thing. In the dream, the Holy Spirit said that the first several earthquakes in the United States were small scale. Later on, you would see severe earthquakes. That would be the time God released His judgment according to our earthly intercessions and our battles aligned to God’s will. Just as it was in the times of Nineveh, it started with civil wars and plagues, and then astronomical phenomenon – eclipse. Only then did the whole Nineveh – from the king to the nobles and citizens – repent, and the revival come. The United States would also need to go through the same thing. That was the reason God sent us into California. How severe would the earthquake be? Right after it would be followed by hurricanes, tsunamis, or even volcanic or undersea volcanic eruptions. This was going to be over magnitude 7.0. It would cause massive power and water outage, and sea water intrusion. The sea level would rise, and some places would be submerged.

On Sunday, May 13, in accordance with God’s predetermined timing, we began our third round of territorial spiritual assault on San Francisco, Oakland, Sunnyvale, Los Angeles, and many other major cities, totalling over 50 dark power strongholds. I even had to take a flight from the Sunnyvale airport to Los Angeles to deal with the territorial dark powers along the San Andreas Fault, Hayward Fault, and the Pacific region west to the California Coastline. It was one of the more difficult and large scale battles involving the air, ground, and sea. In Los Angeles, I saw angels from the kingdom of God who had been captured and prisoned for several hundred years. A new level of spiritual mystery was revealed before me. 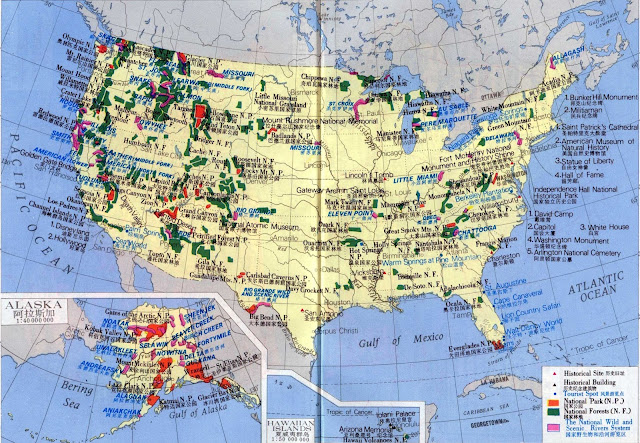 On June 1, there was an all-night prayer meeting at the Ministry. When I went into the place and worshipped, God gave me the title of a song Did You Feel The Mountains Tremble. I checked the lyrics, and then cherubim entered into the place and prophecy came upon me. The lyrics were what God wanted to accomplish in California. When the mountains trembled, and after the oceans roared, the heavenly gates would open, and revival would come to the hearts in North America. Praise God.

Did you feel the mountains tremble?
Did you hear the oceans roar?
When the people rose to sing of
Jesus Christ the risen one

Did you feel the people tremble?
Did you hear the singers roar?
When the lost began to sing of
Jesus Christ the risen one

Did you feel the darkness tremble?
When all the saints join in one song
And all the streams flow as one river
To wash away our brokeness

P.S. In addition to San Andreas Fault, Hayward Fault, and the area from California to the Gulf of Mexico, pay attention to the Pacific Ocean west to the California Coastline, and the Alaska waterfront. These are all the spiritual areas impacted by this territorial spiritual battle.