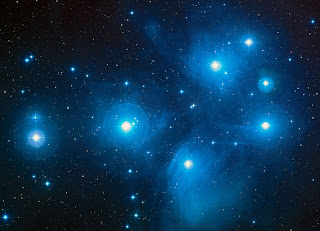 One day on April of 2010, I was passing by a shopping mall and I heard the Holy Spirit saying I shall start a new business. 'Who will be my business partners?' I asked. He mentioned C.C. ' Really?' I pondered. C.C. and I met very recently and we were only acquaintances.

On May of 2010, C.C. visited me and shared with me a dream of a friend from her church. There were three persons in the dream. I and C.C. were two of them. The third one was backing on us with long hair that was difficult to distinguish if the person was a male or female. Her friend dreamed of us starting a company together.

Around May or June was Pastor Peter Kumer's evangelical meeting during which he prayed for me and prophesied I would start a new company with some business partners very soon. He prophesized the same thing to C.C. I went home, prayed about it and the Lord said the business would be on real estate. After I shared with C.C. ,we decided if it was really God's will for us to invest in real estate, God would direct the first business to us.

The second day after we determined to submit to God's guidance, the Lord led us to a seminar and the topic was coincidentally 'How to do business in the Canadian and U.S. properties market.' Within a week, the first business opportunity came with a property in Mississauga of a very attractive location and asking price. I prayed to God if we should take action. 'Yes.' was the reply. Immediately we put in an offer of an amount convicted by the Lord. At the end we got the property for a price that was $20,000 below the market value. We could made some profits if we sold the house right away. But God wanted to rent it out because He would use this house to bless our future ministry. So this was how we accomplished the first business deal.

Throughout the whole transaction, we were very obedient to God's guidance from beginning to end. Hence we were very blessed by this house with some cash sitting in an account. It was God's money and we dared not touch it even though we could be financially tight. Sometimes later God really used the fund. One day on October, Pastor Wong from the U.S. initiated and recommended us to attend a Pastoral Conference in Malaysia. Pastor Wong was the team leader of prophets and apostles residing in North America. Addressing to this conference, I specifically asked God if I were to attend and where was the source of finance. The Lord replied, 'You should go.' and He let me see there was 'oil' stored in my house meaning the finance was taken care of. However I had no idea where the money was. One day, the Holy Spirit suddenly reminded me there was cash in the account and it was to be taken from the PROJECT. I immediately related the word PROJECT to the account we dared not touch. C.C. told me the account was enough to pay for both of our air fares, food, accommodation and registration fee, still leaving with a positive balance. As it turned out and under God's grace, we used the fund on this ministry. Hallelujah ! .....

The next step was to register the company. After praying to God for a name, I had a dream one night. I dreamed of many stars in the sky and particularly the familiar Big Dipper (i.e. the Seven Stars of the Northern Dipper) which was clearly printed on the sky.

We were very anxious to get a name for the company but I only dreamed of the Big Dipper and did not comprehend how it represented a company name. Feeling very antsy, we took time to pray again. But no name appeared in spite of praying for three hours. Then on the third time, after a few hours into my prayer, I suddenly saw in my spirit 'Seven Stars Management Company' emerged in the sky. Not feeling totally convinced, I prayed again. This time I saw the Chinese words '七星' which meant 'seven stars'. Until then I was certain this was the name for our company. It was a common name and I thought some companies must have already used it. So I asked God, 'If this is really the name You wanted for our company, you have to save it for us.' Unexpectedly after we checked, the name that God gave us was surely not registered by any company. It was absolutely amazing!
Posted by Omega Ministry Service Centre at 17:07