The Testimony of Overnight Prayer Meeting


We all need the help from the Holy Spirit to work with God. In the overnight prayer meeting on Friday of June 8, we got an immense regional revelation from God in the altar group. We were so glad we could have the experience as what Daniel had from God.

In the overnight prayer meeting of last week, about at 2:00 am, God gave a vivid vision to the sister “A.” She saw a luxurious private jet land near the lakeside of Toronto. Some brightly well-dressed westerners got off the plane, and shook hands with some celebrities of politics and business across the lake. There were the Canadian national flags and the national flags of the other country, and some other flags. She heard the Holy Spirit say “A huge spiritual power is disturbing over the lake.” 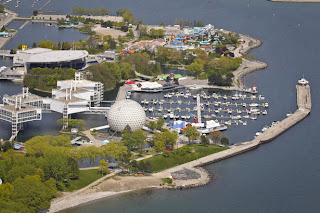 When she shared the vision to everyone, another sister “B” immediately understood what the vision means. She said it is the well-known news of the proposal for Toronto Casino! (http://www.thestar.com/news/canada/politics/article/1206671--ontario-place-will-not-be-home-to-new-casino-liberals-say#article) In the prayer, the sister “C” said right away ”We should pray for such thing. Since God has revealed it, we should pray that the proposal won’t be done.”
Thus, over ten brothers and sisters began to seek God’s will together. During that time, the sister A who just received the vision heard again the voice of the Holy Spirit “You should check up the god of philistines!” And she also received another vision, which was about the same thing, when the sister A received in the prayer of the previous night. The vision was “A mermaid dropped from the sky into a rift valley. Down in the valley, there was also a big grey snake, which was thrown into.” The sister A didn’t understand the vision at all at the time.

Therefore, the sister “D” quickly looked up in the Bible and on the website. She found out the god of Philistines is “Dagon.” She also found out on the Internet that the pagan god has the appearance of half human and half fish. (For more information, please check up the following link. http://en.wikipedia.org/wiki/Dagon) She figured out that this one coincides with the first vision: a mermaid dropped in a rift valley. It turned out that God really wants to reveal this event to us. Thank the Lord! 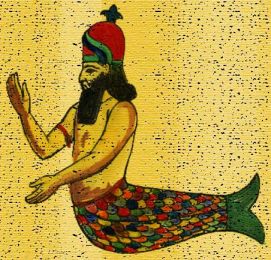 The Lord hoped we can work with Him in the prayer. We can also understand God’s will through prayer. Jesus Christ will recapture the authority of ruling the Earth from Satan. And He will give the authority to faithful people who follow Him. We are able to work with the Lord and tie up the dark power all over the world in Jesus’ name. Through the experience we just had, we realize very much the authority of intercessors and how the spirit world is like. Such as the first vision, we can pray and expel the “Dagon mermaid” which wire pulls the proposal of building casino in Ontario Place.

Actually, God doesn’t usually follow our prayers to reveal His will. He hopes us to work together with Him in His will, so that we can have a greater threshing floor to fulfill a greater work in God’s will. And we can also have the blessing of “What no eye has seen, what no ear has heard, and what no human mind has conceived”


Dagon (In biblical texts and commentaries)

In the Tanakh (also referred to as the Old Testament or Hebrew Bible), Dagon is particularly the god of the Philistines with temples at Beth-dagon in the tribe of Asher (Joshua 19.27), in Gaza (Judges 16.23, which tells soon after how the temple is destroyed by Samson as his last act). Another temple, in Ashdod was mentioned in 1 Samuel 5.2–7 and again as late as 1 Maccabees 10.83;11.4. King Saul's head was displayed in a temple of Dagon. There was also a second place known as Beth-Dagon in Judah (Joshua 15.41). Josephus (Antiquities 12.8.1; War 1.2.3) mentions a place named Dagon above Jericho. Jerome mentions Caferdago between Diospolis and Jamnia. There is also a modern Beit Dejan south-east of Nablus. Some of these toponyms may have to do with grain rather than the god.
The account in 1 Samuel 5.2–7 relates how the ark of Yahweh was captured by the Philistines and taken to Dagon's temple in Ashdod. The following morning they found the image of Dagon lying prostrate before the ark. They set the image upright, but again on the morning of the following day they found it prostrate before the ark, but this time with head and hands severed, lying on the miptān translated as "threshold" or "podium". The account continues with the puzzling words raq dāgôn nišʾar ʿālāyw, which means literally "only Dagon was left to him." (The Septuagint, Peshitta, and Targums render "Dagon" here as "trunk of Dagon" or "body of Dagon", presumably referring to the lower part of his image.) Thereafter we are told that neither the priests or anyone ever steps on the miptān of Dagon in Ashdod "unto this day". This story is depicted on the frescoes of the Dura-Europos synagogue as the opposite to a depiction of the High Priest Aaron and the Temple of Solomon.