The Last Changing of Constellations 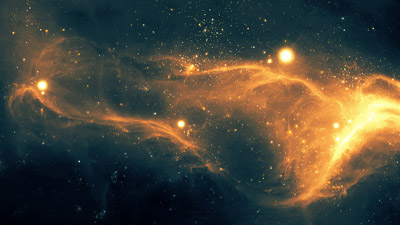 Approximately in June 2001, I had a vision in my dream where I was driving a boat. I had no idea whether my dream had just been any other dream or a visitation from God. In it, I saw myself steering the boat towards the horizon through the ripples and currents of the water. I was heading straight into sea. The sun, that was just about rising, appears in the horizon and shines bright. It wasn’t dazzling though to the eye. But the sun was very close, and its size was almost as big as a mountain. I could feel my body being lifted, up and up, all the way up till I came face to face with the stars. The constellations are travelling in their own orbits, as how you normally would see appearing on screen plays. Then I heard a voice, “the heavens will show a great sign.” Then in the sky, I saw characters and symbols appearing in different letterings, interchangeably, as if a story is being told about the day’s end. The Lord Jesus Christ’s name was also displayed among the constellations. Then I saw even more strange symbols appearing in the sky. Because I was drawn very near to those stars, I could see them in a three-dimensional form, I was very much surrounded by them. I remember myself lying on my back as I watched the changes in the sky.

Then God’s voice sounded from Heaven, it was like a thunder, “You will be noticing the changes in the skies, especially those that appear in the stars and constellations, those are the signs for the day’s end.” I was puzzled by what I had heard, because I have always been told that stars were related to the study of horoscopes. By what I understand, don’t the teachings in the Bible contradict studies of constellations? As I was thinking this, the horoscopes started to change in their shapes. I was excited to be able to spot the Big Dipper and the Ursa Major, as those I could remember studying from books when I was small.

Then suddenly, some of the stars, about a third of them, started to travel of out their orbits. What was more interesting was that I started seeing stars flying in towards here from Earth, they are known as Tail stars (one of the 28 mansions of the Chinese constellation), there were also stars coming from other outer planets. As they were approaching, thoughts were racing through my mind as well. Not only did I see light projected from them, but also “shadows” (casted out by them) as well. In the same spectrum, I also saw transparent, light-featured objects moving across the air rapidly. They were travelling so fast that if it weren’t for their light, they would not have been noticed by the naked human eye. Some, as I gazed at them, seemed to have blended into the space they were travelling through as well. 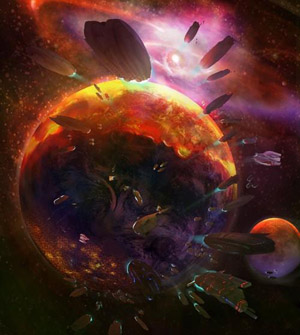 But very strange, some of them seem to be colliding with one another. At this time, a big explosion went off on earth, and the stars started to explode too. Some began heat up, turning into burning meteors with long tails trailing behind them as they flew towards the earth surface. There were small flying constellations everywhere, in all different directions. It was then when I saw rivers turning bloody red, all across different countries. I could not understand why the waters have become red, and when it rained, the rivers also smelt like fish and blood.

The earth started to quake now. Volcanoes that were dormant started to burn up as well, bubbling with heat and lava from underground. The earth started to burn like a piece of charcoal, the heat of it covered the entire earth like a steamed pot. Moreover, I could see black smokes rising from the surfaces of the earth, making every breath difficult. Then I heard the voice of God, “the skies were to be rolled up like a cloak.” The stars started to shake up now, as leaves were also shaking on trees. Darkness swelled and started to spread all over the earth. Only after what seemed like a long while, light started to ripple through darkness, first from the sky’s one end, then to the other. Then darkness was covered by a huge cloud that devoured it, rolled it up and over again. I could see meteors whipping past me in flames. I was being lifted up in mid air on a huge patch of warm light. All this time I was witnessing the howling and weeping on the surface of the earth, there were cries that sounded like they were coming from beastly creatures. When I felt I could no longer take anymore of this, I cried out, “I don’t want to watch anymore, bring me back…” then I woke.

Narrated by EC, Compiled by CT, Translated by JS
Posted by Omega Ministry Service Centre at 17:36