Vision: This land suffered giant earthquakes and war. A well stood in the ruins of the war. Stones, bricks, plaster and concrete were scattered everywhere. Wars were fought here recently. The city was desolate and on one was coming in or going out. This well was very conspicuous in the ruined land, because it was dug and carved out of a big white stone. After a long while, an Israeli lady came, wearing a long robe, with a black turban loosely covering her head. She came to draw some water with a wooden pitcher. As she came near the well, her black robe turned white, and may red roses appeared on it. Her turban also became white, and her sad look became full of joy and satisfaction.

As if the war had no impact on hear, for she found the most precious water source. she forgot all the debris around her, and focused on drawing water with all hear mind and all her soul. I heard a sentence “Eyes are turned to Israel.” The time has come for Israel’s revival.

Burden: After a massive and violent war in Israel, the cities became ruins. People started seeking the Lord, and the revival time of Israel has come. So the house of Israel shall know that I am the LORD their God from that day forward. (Ezekiel 39:22) The first batch, the 144,000 people, will be sealed by God. God chose them and will protect them to live.

The lady signifies Israel returning home from captivity in a foreign, having their shames removed, and seeking the living water that represents Jesus Christ. They shall wear white garments, and give their love to God. Revelation 7:17 for the Lamb who is in the midst of the throne will shepherd them and leadm them to living fountains of waters. And God will wipe away every tear from their eyes.


The time has come for the 144 thousand to be sealed. Revelation 7:1-4 After these things I saw four angles standing at the four corners of the earth, holding the four winds of the earth, that the wind should not blow on the earth, on the sea, or on any tree. Then I saw another angel ascending from the east, having the seal of the living God. And he cried with a loud voice to the four angels to whom it was granted to harm the earth and the sea, saying “Do not harm the earth, the sea, or the trees till we have sealed the servants of our God on the foreheads.” And I heard the number of those who were sealed. One hundred and forty-four thousand of all the tribes of the children of Israel were sealed:

Vision: A door in the spiritual world was opened at two bronze mountains. Fire seemed to be forging the two mountains. After the fire, four horse chariot racd out from between to two mountains. The chariot was covered in cloth and fully loaded with cargos. The horses did not slow down. I thought in my heart, this looked like a something described in the Scripture, but which book is it?

The four horses all have different colors. The first chariot had a red horse; the second a black horse; the third a white horse. So I thought the fourth should be gray, yellow or dappled, but it turned out to be a green horse. All four horses listened to the voice of instructions from heaven. They pulled their chariots and moved around on the middle east map. Then the black horse went on to trample the north, the white horse pulled the chariot and went west, the red chariot went to trample the east, and the cyan horse headed south. The time was shown in the vision: the year 2010.

PS: It was a rather early vision. Though I understand the meanings of the vision, I just couldn’t see that they were so familiar with those described in Zechariah 6:1-3 and Revelation 6:2-8.

Revelation 6:2-5 And I looked, and behold, a white horse. He who sat on it had a bow; and a crown was given to him, and he went out conquering and to conquer. When He opened the second seal, I heard the second living creature saying, “Come and see.” Another horse, fiery red, went out. And it was granted to the one who sat on it to take peace from the earth, and that people should kill one another; and there was given to him a great sword. When He opened the third seal, I heard the third living creature say, “Come and see.” So I looked, and behold, a black horse, and he who sat on it had a pair of scales in his hand.

Revelation 6:8 So I looked, and behold, a pale horse. And the name of him who sat on it was Death, and Hades followed with him. And power was given to them over a fourth of the earth, to kill with sword, with hunger, with death, and by the beasts of the earth.

But why the color of the last horse was different? I kept waiting. In my recent prayer, God showed me this vision again. It was not until early 2015 when I accidentally opened a world atlas, that I found Pale really is green, or greenish yellow, or the dappled horse. From wikipedia, the nations related to the four colors, white, red, black and green, are: Jordan, Palestine, Sudan, Kuwait, United Arab Emirates (UAE), Syria, Libya, Iraq, Afghanistan, Egypt (national flag of 1952-1972), and North Yemen Arab Republic. This is interesting, that God use color to talk about things on earth with us.

Since the end of 2010, the Arab Spring began in the Arab world, causing an estimated death of 250,000. Since then, Syria, Libya, Iraq and Yemen fell into civil wars. Interestingly, they are related to the four colors, the four-horse vision as stated in the Bible.


4. Middle East countries or nations related to the four colors:

Zechariah 6:1-3 Then I turned and raised my eyes and looked, and behold, four chariots were coming from between two mountains, and the mountains were mountains of bronze. With the first chariot were red horses (war or political turbulance), with the second chariot black horses (unjustice, terror, diseases, death), with the third chariot white horses (falseness), and with the fourth chariot dappled horses –strong steeds (death).

Zechariah 6:6 The one with the black horses is going to the north country, thewhite are going after him, and the dappled are going toward the south country.

The four chariot each has a mission. (1) The black and white ones headed north (Zechariah 6:6a); (2) the dappled one, the one with strong steeds, headed south. (Zechariah 6:6b-7a）。

Israel is bordered by Lebanon in the north, Syria and Jordan to the east, and Egypt to the south west. The horses are sent to judge the nations around Israel. 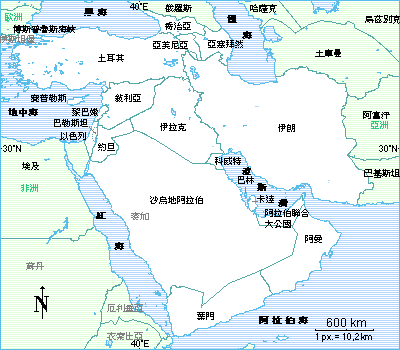 Summary of conflicts by country in Arab Spring (from wikipedia) 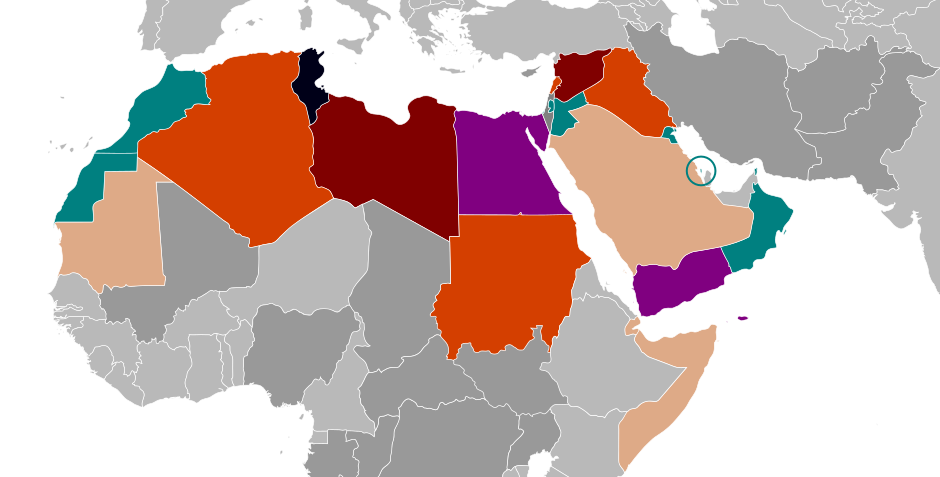 Pale Horse：When the Lamb broke the fourth seal, I heard the voice of the fourth living creature saying, “Come.” I looked, and behold, an ashen horse; and he who sat on it had the name Death; and Hades was following with him. Authority was given to them over a fourth of the earth, to kill with sword and with famine and with pestilence and by the wild beasts of the earth. Revelation 6:7-8

The fourth and final horseman is named Death. Known as "Θάνατος/Thanatos",[citation needed] of all the riders, he is the only one to whom the text itself explicitly gives a name. Unlike the other three, he is not described carrying a weapon or other object, instead he is followed by Hades (the resting place of the dead).[citation needed] However, illustrations commonly depict him carrying a scythe (like the Grim Reaper),[citation needed] sword, or other implement.

The color of Death's horse is written as khlōros (χλωρός) in the original Koine Greek, which can mean either green/greenish-yellow or pale/pallid. The color is often translated as "pale", though "ashen", "pale green", and "yellowish green"are other possible interpretations (the Greek word is the root of "chlorophyll" and "chlorine"). Based on uses of the word in ancient Greek medical literature, several scholars suggest that the color reflects the sickly pallor of a corpse. In some modern artistic depictions, the horse is distinctly green.

The verse beginning "they were given power over a fourth of the earth" is generally taken as referring to Death and Hades, although some commentators see it as applying to all four horsemen.
Posted by Omega Ministry Service Centre at 17:02